CollectiveAccess supports the upload of entire directories of media at once, also known as batch importing. This feature is useful for uploading multiple images or other media files without uploading each file by hand.

When a directory of media is uploaded, the media importer will do the following:

Navigate to Import > Media. The Media Importer will dispslay: 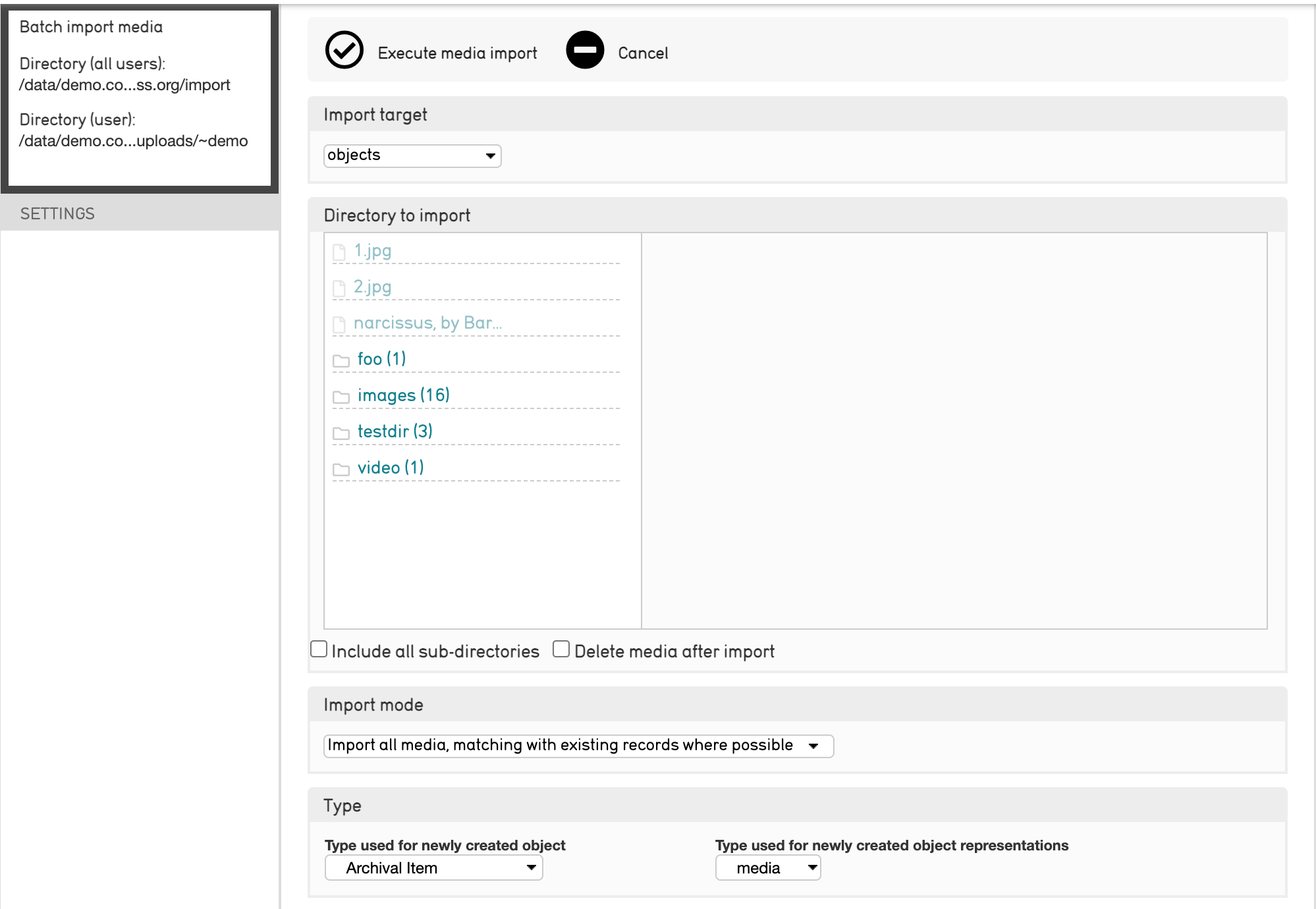 A partial view of the Media Importer screen.¶

Where a variety of options are available to configure the media import. Read on to learn about each option and its functionality.

Set the import target to the desired primary table.¶

Use the Import Target drop-down (shown above) to set which primary table and type of record the media representations should be associated with (Objects, Entities, Collections, and so on.)

Check the inspector to find out what server directory is associated with the importer tool. By default, it is set to your installation’s /import folder. However, the directory can be changed in app.conf.

Import mode determines how the media will be imported into CollectiveAccess. Choose from the following options in the drop-down menu:

Create a set of imported media.¶

This menu allows you to associate imported records with a set.

Set the identifier for the media being imported.¶

This menu simply allows you to set the status and access fields for both the import target record, as well as the representation record. In many cases, the default settings and basic options are sufficient for a media import. Advanced options include:

This setting is similar to the object identifier setting, only it applies specifically to the object representation record, rather than the import target record.

Some projects have a very structured way of assigning file names to media. A media file name may not only include an identifier for the file itself, but may also include identifiers for authorities or events that are depicted in the file itself. For projects with Entity, for example, it’s not uncommon for a media filename to include the entity identifier in the file, if that media happens to depict the entity.

The “relationships” setting ensures that the object record associated with the imported image is in fact also related to the entity record. Select the related tables and the relationship type.

Use Perl-compatible regular expressions to filter out files in the media directory that will be skipped. Skipped files may also be listed by the filenames, one per line.